DOES KHAZANA SELL ART OR CRAFTS? BY: CAROLYN FRIEDHOFF 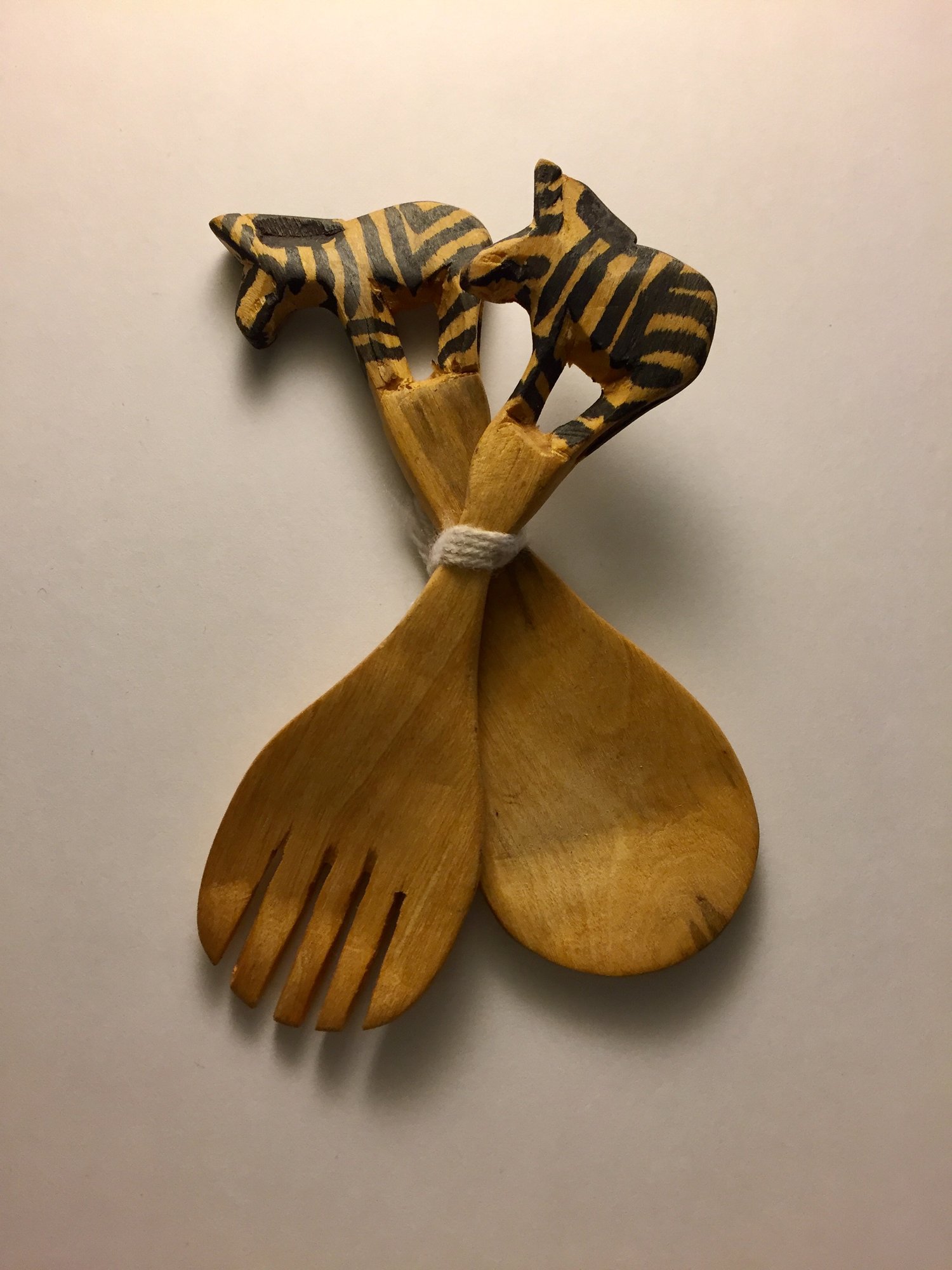 Does Khazana Sell Art or Crafts?

Upon closer inspection, one realizes that the definitions of the terms bleed into each other. While one may rightly believe that Velázquez’s painting, “Las Meninas,” is a work of art, we must also recognize that it serves a practical purpose just as well. “Las Meninas” depicts the great wealth of King Phillip IV of Spain. This depiction served the very practical purpose of showcasing the wealth of the royal family to their court and servants, who respected their government in turn for economic security.

Conversely, many crafts serve purposes far beyond basic human needs like storing food and keeping warm. Consider the Kenyan utensils in the picture above. Compared to your favorite Picasso painting, the spoons may seem kitschy, insignificant trinkets, “crafts.” A more holistic viewpoint may see them as art. There is no necessary reason for spoons or forks to feature carved and painted zebras, yet these do. There is something beautiful about them that exists for its own sake.

The etymology of both of the terms “arts” and “crafts” should be considered before pointing fingers at who is to blame for the distinction and imbalance between the two kinds of work. But we can be pretty sure that (you guessed it) Western culture is at fault for the prejudice here.

On balance, both terms, “arts,” and “crafts” seem too narrowly construed for their own good. More importantly, their exclusionary nature is harmful to individuals who create beautiful work, but are not considered artists by standards set by a preference for certain kinds of beauty. Thus, Western culture should not be allowed to set global rules for what is to be considered art. This sort of prejudice minimizes the importance of art in so-called “crafts” communities, and short-changes people interested in discovering art by limiting their appreciation to the scope of Western beauty standards.

On the suggestion of Laura Morelli in her TED-Ed talk, “Is there a difference between art and craft,” we’ll answer the question in the title: Khazana sells neither “art” nor “craft,” but visual art.